December 31, 2020 by newsrightnow No Comments 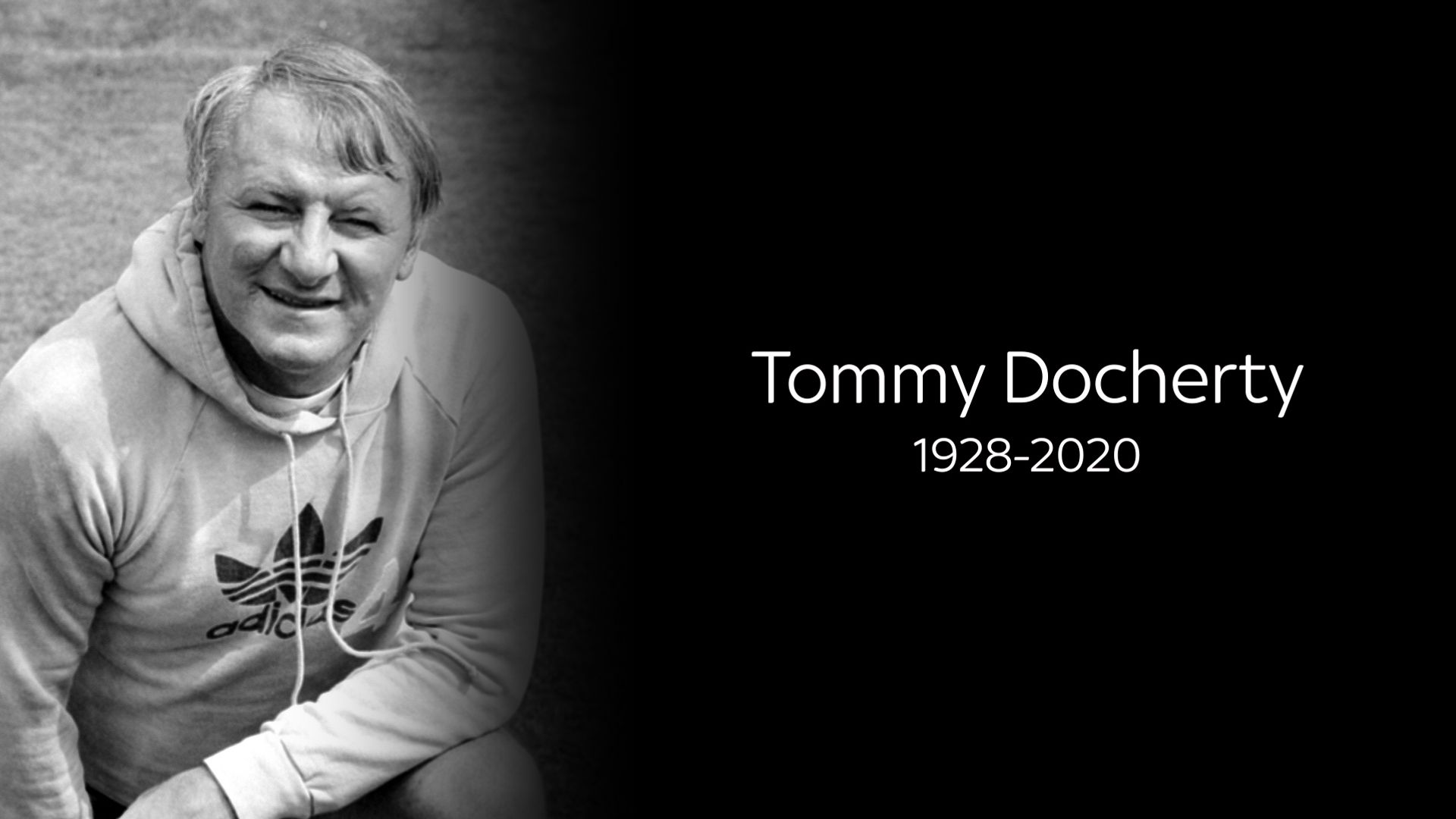 Former Manchester United and Scotland manager Tommy Docherty has died at the age of 92 following a long illness, his family have announced in a statement.

Docherty, who was known as ‘The Doc’, managed 12 clubs – including Chelsea, Aston Villa and Derby – during a 27-year coaching career.

He also had a stint in charge of Scotland, but was best known for his five-year spell at Old Trafford, overseeing an FA Cup final win over Bob Paisley’s Liverpool in 1977.

Docherty died at home in the north-west on December 31.

A family spokesperson said in a statement: “Tommy passed away peacefully surrounded by his family at home.

“He was a much-loved husband, father and papa and will be terribly missed.

Docherty presided over United’s relegation to the Second Division in 1974 – their first spell outside the top flight for 36 years – but he returned them to the First Division as champions in 1975, before going on to win the FA Cup two years later.

😢 It is with great sadness the club has learned of the passing of former #QPR manager Tommy Docherty. Our thoughts are with his family at this time.

May he rest in peace. pic.twitter.com/torFIOQ0Sl

A United statement on Twitter read: “We are deeply saddened by the passing of Tommy Docherty, who led us to FA Cup victory in 1977 with a thrilling, attacking team in the best traditions of Manchester United.

“Everyone at the club sends sincere condolences to Tommy’s loved ones.”

Docherty made his name as a manager at Chelsea, where he became player-manager in 1961 before becoming full-time coach when he ended his playing career a year later.

He took the club back into the First Division in 1963 and won the League Cup in 1965, and was also responsible for introducing Bobby Tambling and Peter Bonetti, who went on to become Chelsea legends, into the team.

Docherty also had a spell in charge of Porto between 1970 and 1971, and coached in Australia towards the end of his career.

Before going into coaching, Glasgow-born Docherty started his playing career at Celtic before moving to Preston, where he won the Second Division in 1951 and reached the FA Cup final in 1954.

A Preston tweet read: “Everyone at Preston North End is deeply saddened to learn of the passing of our former player and manager Tommy Docherty, who made over 300 appearances for the club.

“Our thoughts are with Tommy’s loved ones at this sad time.”